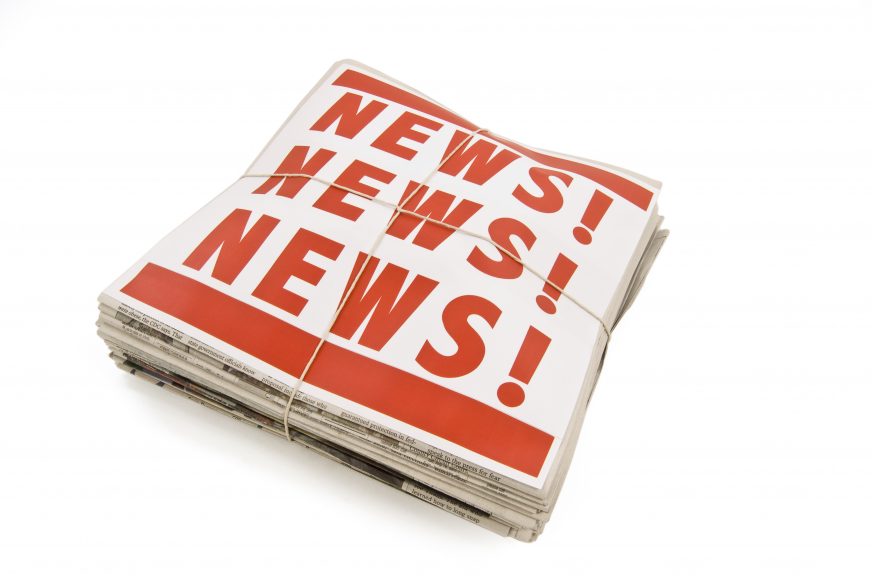 Plus, 11 great excuses to write one!

Call us biased, but we think media releases are worth their weight in gold. (Now don’t go Googling the weight of paper or the cost of gold . . . it’s a metaphor.)

Even in this age of social media, blogs and websites, the good ol’ press release (also called a news release or media release) remains an excellent way to create some hype and grab some attention for your company. Not only do media releases require nil in the way of techy expertise, they’re also very affordable – especially when you consider the potential return.

Wondering how you can use a media release to boost your business? Looking for some good excuses to write one? We’ve got ya covered!

Media releases give you immediate exposure to a wide audience

Typically, a press release is targeted to your local media. It’s a quick and straightforward way to get noticed by people who may not know anything about your company. Because you’re presenting something that is ostensibly newsworthy, it also gives people a reason to find out more about you, your product or your service. It establishes credibility and is a way to make a connection with people who might not have been looking for you.

One media release can get you much more exposure than a display ad. Not only that, but the ad would likely cost you considerably more for the same amount of space. Plus, when you submit a media release to multiple media outlets, you can get attention in a variety of media for that same low cost.

Most “hard copy” media outlets today also have digital editions available to readers. By using hyperlinks within the text, readers can easily get to your website. Those reading paper versions will still see your web address in print. And if your copy uses specific keywords, people searching online may stumble across your release through searches, so keep relevant industry- or company-related words in mind while writing your media release content.

Obviously, a press release will be better received by media if it’s well written, timely and newsworthy. (And frankly, if you write well, you can make almost anything newsworthy.)

That being said, you don’t want to waste a media release on something that doesn’t offer much value to readers or those publishing. Following are 11 legitimate reasons to promote your company with a news release. Stick with one of these and, chances are, you’ll catch the eye of an editor.

11 excuses to write a media release:

There’s never any promise that your media release will run, but the better the writing, the greater the likelihood – so you may want to hire a pro. If you’re going to give it a try on your own, be sure to check out our other article, “How to write a press release that gets published.”

And if you’re in the Comox Valley we do offer a guarantee of sorts: we still can’t promise your release will get picked up, but if it doesn’t you don’t pay us a dime.

Want to create some buzz about your business? Get in touch and go for the gold!

Will direct mail work for your small business?

Get leads like a pro with autoresponder email campaigns

Online, you will lose 100% of the prospective clients who can’t find your website.…