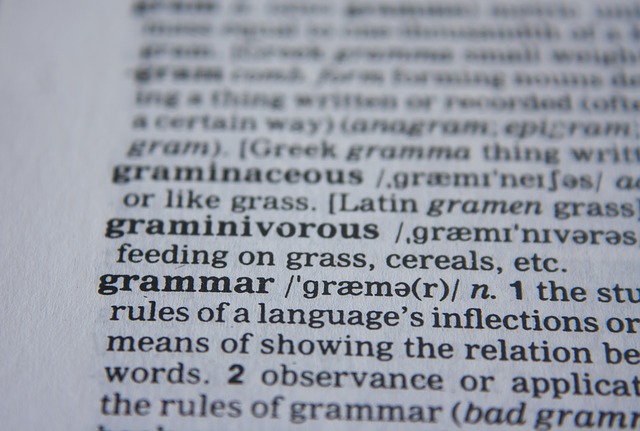 But first, know how and why you’re breaking them

Rules are made to be broken.

Sure, that’s one way to look at things. But when it comes to grammar rules, they exist for a reason – usually to clarify meaning and avoid confusion. That being said, some rules are just old and outdated.

Language is always evolving, so it’s okay to be flexible. The key to breaking rules in grammar is knowing what the actual rule is and understanding how and why to break it.

And before you go crazy starting sentences with “and” or ending sentences with prepositions, consider your audience. Writing a blog about the latest trends in nail art on Pinterest is a little different than preparing a year-end report for your corporate partners.

However, if you want to loosen things up a little and start feeling the flow, following are a few grammar rules that can be broken.

First off, do you even know what an infinitive is? An infinitive is the basic form of a verb preceded by the particle “to,” e.g., to think, to dance, to go. Splitting it means putting something between the to and the verb, such as, to wildly dance, to personally guarantee.

Yes, Mr. Spock probably knew that Capt. Kirk was splitting his infinitive when he said, “to boldly go where no man has gone,” but he also knew that it had good flow, so he held his Vulcan tongue those many years. If it’s okay with Spock, chances are it’ll be okay with most everyone else. Go ahead and split that infinitive when it feels right.

Rule #2 – Do not use contractions

A contraction is when you join two words with an apostrophe and lose a letter or two in the process, e.g., can’t, won’t, don’t. Again, know your audience. If writing a formal paper, this rule still stands, but for most casual forms, contractions are fine (and almost necessary with things like Twitter). If you want to convey a conversational style, use contractions. If you want to sound like C3PO, avoid them.

Rule #3 – Don’t end a sentence with a preposition

A preposition is a word that relates one word (usually a noun or pronoun) to another and often expresses place or time, e.g., above, on, from, after. This rule came about because some old, dead poet felt it was not elegant to end sentences in prepositions, chiefly because it couldn’t be done in Latin. So, instead of saying “Where do you come from?” we are to say, “From where do you come?” I know, it’s weird, but it’s a rule. However, that is a rule up with which I will not put. Feel free to break it.

Rule #4 – Never begin a sentence with a conjunction

And so it begins.

See what I did there? I started that first sentence with “and.” Yes, I do that. And I’m okay with it.

Conjunctions are words that link other words, phrases and clauses together, e.g., and, if, or, but. And using them to start a sentence can grab attention and emphasize a point. But don’t overdo it.

Once again, consider your audience. Next, think of the word you want to use. Is it trendy? Will it sound ridiculous in 10 years’ time? Finally, does it add to the writing? If you’ve considered all that and are still convinced that it makes sense to use some slang, then have at ’er, Dude carry on.

Rules are rules. But sometimes some rules are outdated or just plain wrong. Maybe questioning grammar rules is just the beginning.

Now, I’m not saying you shouldn’t wait an hour after eating before going for a swim, but it’s okay to dip your toes in and challenge a rule or two every now and then. In fact, at times, it’s more than okay – it’s necessary. Just ask Rosa Parks.

Ryan Parton, RP Copywriting A copywriting legend of yore – was it Ogilvy or was…

Writing for direct mail isn’t the same as blogging, or writing the great Canadian novel. …