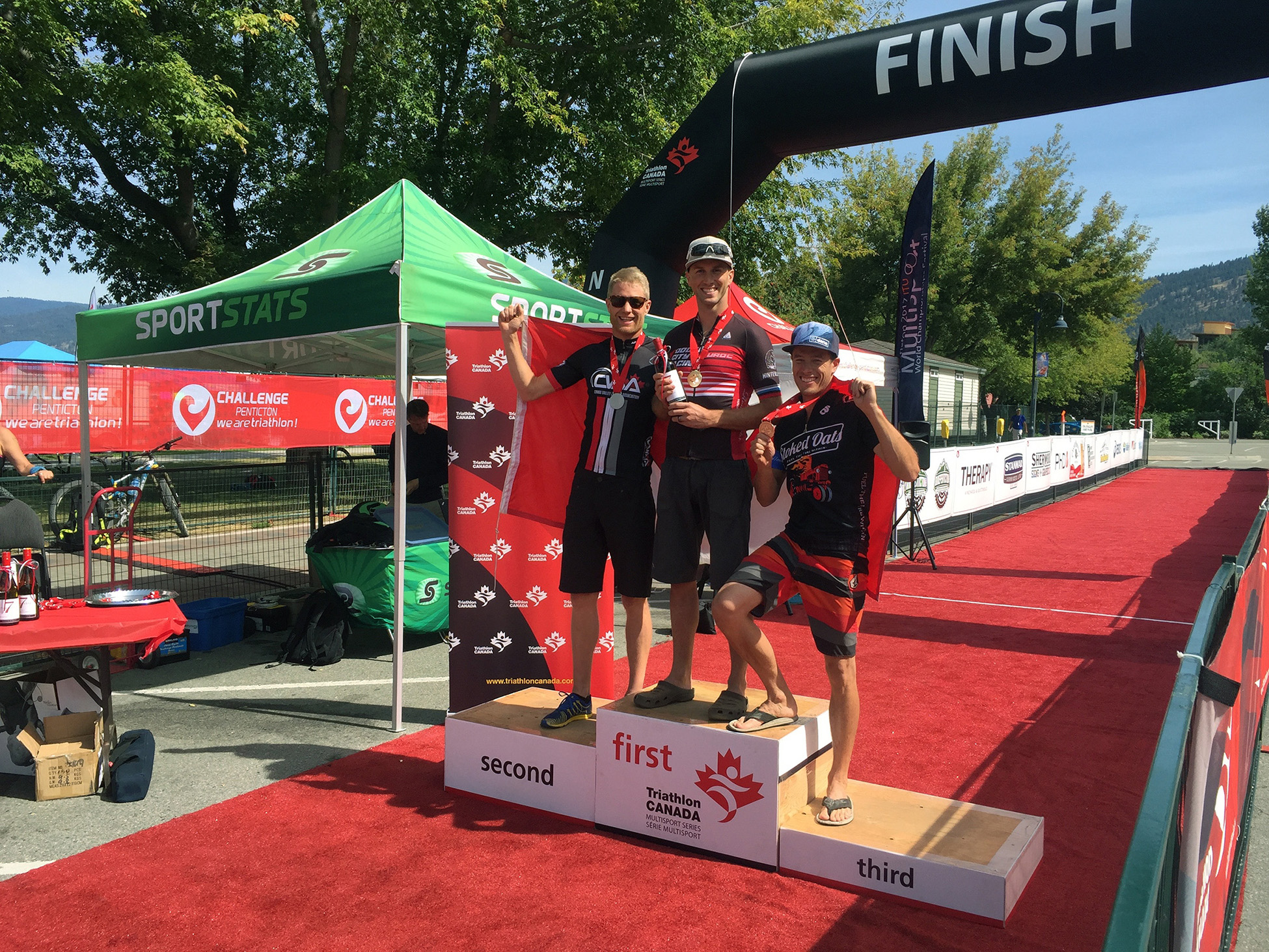 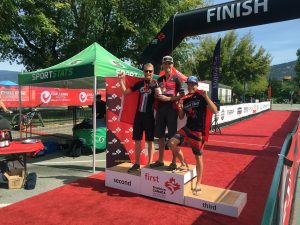 Comox Valley athletes had an impressive showing at the Canadian Cross Triathlon Championships in Penticton August 26, taking home five medals and even “owning the podium” in the men’s 30-34 age category.

A cross triathlon is similar to a traditional triathlon, except all the events are “off road.” The Canadian championships featured a challenging 1.5-km. swim in Okanagan Lake, a 26-km. mountain bike and a 10-km. trail run. 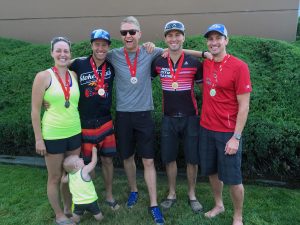 “It was a challenging race at a fantastic venue that showcased what off-road triathlons are all about,” says Ward. “It was great to see so many Comox Valley athletes post such impressive results, and we’re all really looking forward to seeing similar results next year at worlds.”

All five local podium finishers qualified to represent Canada at the 2017 World Cross Triathlon Championships, which will be held next August in Penticton.