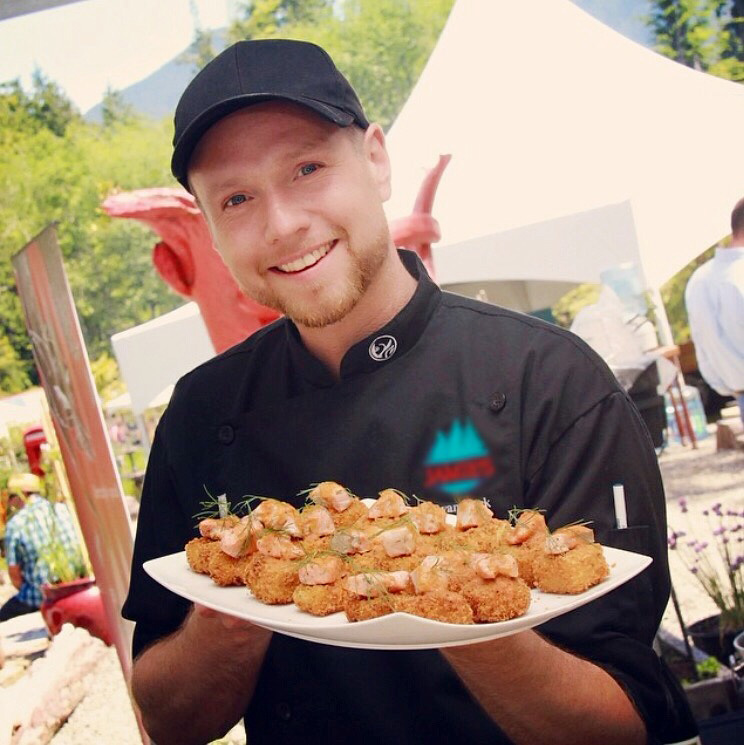 A popular downtown Courtenay restaurant has a new name, new look, new menu and new – lower – prices. Vibe, the new restaurant formerly known as the Mad Chef Café, opened its doors on July 10 and is already winning over customers new and old with its fresh take on casual dining.

“It’s all very exciting,” says executive chef and food & beverage manager Ryan Gark, who brings 25 years of kitchen experience to the Vibe team and even notched an episode win during season two of Chopped Canada. “We’ve put a lot of work into the transformation, and it really paid off with the reception we’ve received so far. People seem to really like what we’re doing with Vibe.”

That transformation, he says, was sparked in part by comments from customers.

“Essentially, people kept saying there was too much food. Everyone kept going home with leftovers. And then others were saying that it’s hard to go out very often as a family because it just isn’t affordable. So, we decided to address both those issues while also giving the place a re-energizing facelift.”

While the Vibe menu still features burger and pizza options, the new selections allow for prices to come down and serving sizes to become more reasonable.

“We’ve come up with menu items that are priced around $10 or less, so that you can come in and have a meal and a drink with that single $20 bill you have in your pocket. The portions are still a size that satisfies, of course, and if people want to boost the serving size that can happen too.”

Gark is quick to point out that Vibe’s food is still house-made with quality, locally sourced ingredients. Take-out and gluten-free options, and their ability to deal with other dietary sensitivities, remain.

The new name, says Gark, is both indicative of the new energy that’s been injected into the eatery and also a nod to V.I. (Vancouver Island). Other changes include an increase from four to eight taps featuring favourite local ales, and other “surprise” upgrades are in the works.

“If early response is any indication, I think people are going to love the new menu and prices,” says Gark. “The dishes are temptingly different, but you can still count on the same great quality and friendly faces serving it up. It’s still a fun, relaxed place to share a great meal with great friends.”

Vibe is open for lunch and dinner Monday to Saturday from 11 a.m. to 8 p.m. at 444 Fifth Street in downtown Courtenay. Check out the new menu by searching for VIBE – Vancouver Island’s Best Eats on Facebook.

Comox Valley triathletes own the podium at nationals

Slurp guns, sea lettuce and grunt sculpins – if it’s not some underwater sci-fi epic then it must…

Level 10 Eurospa has some shiny new hardware to ad to its growing collection,…