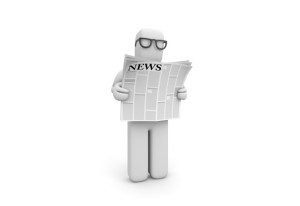 Knowing how to write a press release is one of the best marketing skills a small-business owner can possess.

That’s because press releases (also called media releases or news releases) are one of the most cost-effective ways to promote your business. They give you a chance at exposure in a variety of publications for a fraction of the cost of paid advertising.

The downside? Very few people know how to write a press release that will actually be used. Most media outlets, including local newspapers, receive hundreds of press releases every week. Most are awful.

Here are 10 tips to make your press release jump to the top of the pile:

1. Have something to say
If your press release doesn’t have a newsworthy angle, no editor will be interested. That your company carries 500 varieties of widgets isn’t news. That you’ve just developed 100 new varieties might be. That you developed them using a rare mineral unearthed by last month’s devastating volcano eruption definitely is.

2. Write in 3rd person
A part of me dies every time I read a press release that begins with, “We at Widgets Etc. are proud to announce . . .”

3. Use quotes
Quotes add a human element to your press release and take the onus off the busy editor or reporter to fact-check your claims. “Your daily paper won’t want to state conclusively that Widgets Etc. is the preferred widget supplier,” says Canadian copywriter Ryan Parton. “But if it’s in a quote from a company spokesperson then you can generally get away with it.”

4. Put Egyptian thinking on its head
In other words, use what journalists call the Inverted Pyramid. The most important information should be at the top of your press release, beginning with a compelling lead that says what the story is about. The importance of information should decrease as the reader progresses downward through your release. All that background on your company that you’re so proud of? That goes waaaaaay at the bottom.

5. Cover the five W’s in your press release
And throw in an H while you’re at it.

6. Put yourself in the reader’s shoes
Do readers of your daily newspaper care that you just invested in the brand new Widget Sorter 3000 with 3rd generation ZX-RAZR technology? Probably not. But they might be interested that the price of widgets has just dropped 40 per cent thanks to your high-falutin’ new technology.

7. 86 Jargon
Use language in your press release that the average reader will understand. Spell out and/or explain abbreviations on first usage, and don’t write in jargon. (If you didn’t get the heading of this section you’ll know how annoying jargon can be.)

8. Keep your press release short
Unless you have a proven track record of delivering compelling, clean and well-written press releases, keep yours under 350 words. That’s plenty of space to deliver your message, but not enough time to ramble off track. Perfect.

9. Write like you went to school
You can’t become a great writer overnight. But you can learn proper grammar. A good place to start is Lynne Truss’s Eats, Shoots and Leaves. If you plan on sending several press releases within Canada, you should also pick up copies of the Canadian Press (CP) Style Book and CP Caps and Spelling.

10. Include your contact info
When you’ve finished your press release, type either -30- or ###, each of which is journalism shorthand that the release is done. Then, after that mark, include contact information for the person (or people) the media can contact for more information. If you’re sending a photo along with your release (which I recommend), why not also draft a possible photo caption for them to use with it? Let’s make their lives easy!

Follow these guidelines and you’ll be well on your way to garnering heaps of free media exposure! Or, ignore them and languish right where you are.

Click here to learn how you can guarantee your press release will get published!

Copywriting vs Content Writing – do you know the difference?

Be a better writer – avoid these 13 words and phrases